The Universidad Nacional of San Martin is located in the neighbour city of San Martín, only 12,5 km from the competition venue, CENARD.

The National University of San Martín (UNSAM) was founded in 1992. With a strong commitment and a great innovative capacity, Campus Miguelete has become one of the most interesting educational and research habitats in Argentina.

More than a hundred undergraduate and graduate programs are offered in a variety of fields, which include the following: Science and Technology, Humanities and Social Sciences, Arts, Other areas. 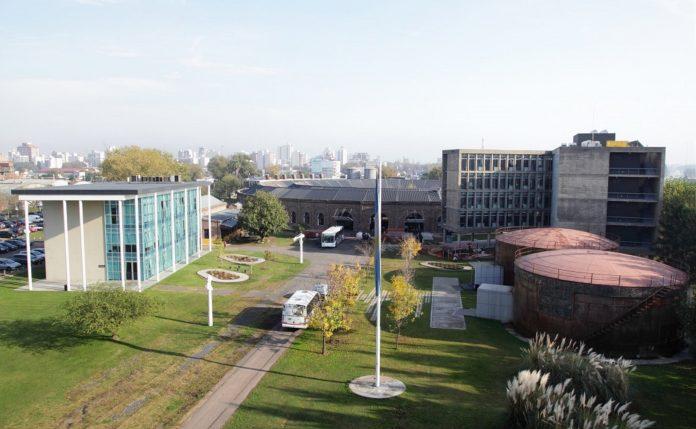 Facts of the National University of San Martín:

The campus is built around former railway lines and train repairshop buildings, and it has become a privileged space for teaching, research, cultural development and social interaction among members of UNSAM’s community.

It has developed strong, research-led partnerships with a range of leading universities in the world: UNSAM has signed nearly 400 international agreements, which have resulted in various research projects, as well as students and teachers’ exchange programs. The University is constantly open to new partnerships based on academic exchanges, teaching, joint research projects, special programs and innovation with universities and institutions.

UNSAM has an active policy of internationalization, integral and inclusive. We developed strong, research-led partnerships with a range of leading universities in the world.

The University has signed more than 300 international agreements, from which have emerged or consolidated projects of investigation and various programs in: students and teachers exchange, joint cathedras, joint degrees and fellowships. The University is constantly open for new partnerships based on academic and student exchanges, teaching, joint research, special programmes and innovation with leading universities and institutions.

The University collaborates with foreign institutions and it has two joint programs: the Double Doctoral Degree in Astrophysics (DDAp), with the Karlsruhe Institute of Technology (Germany), and the M. A. in Development, Management and Policy, with Georgetown University (United States). Together with the European Union (EU), the University offers the Master’s Program in Human Rights and Democratization in Latin America and the Caribbean.

Starting year: In process of accreditation by the National Commission for University Evaluation and Accreditation (CONEAU)